The Ministry of Business, Innovation and Employment has completed its annual review of two of the Essential Skills in Demand Lists – the Long Term Skill Shortage List and the Immediate Skill Shortage List.  Changes will be in effect from March or May 2016.

Long Term Skill Shortage List (LTSSL)
The LTSSL identifies occupations that have an absolute (sustained and ongoing) shortage of skilled workers both globally and throughout New Zealand.  The following two occupations are no longer listed on the LTSSL shortage list:

Submissions to add Airconditioning and Refrigeration Mechanic and Motor Mechanic (General) (Automotive Technician) have been declined.

Immediate Skill Shortage List (ISSL)
The ISSL identifies occupations that have an immediate shortage of skilled workers either throughout New Zealand or in certain regions. Migrants wishing to work in occupations on the ISSL may be granted work visas under Essential Skills instructions if they meet the specified qualifications and/or experience requirements. The following two occupations have been added to the ISSL shortage list:

The following six occupations are no longer listed on the ISSL shortage list:

Submissions to add Fibrous Plasterer, Panelbeater and Vehicle Painter have been declined.

An Expression of Interest (EOI) is required to initiate an application as a skilled migrant, and an applicant must be invited to apply for residency based upon a points score. Points are awarded based primarily on skill level, qualifications, professional experience, age and various bonus points.  The minimum points score to qualify to submit an EOI is only 100 points, however selections by Immigration New Zealand have not come below 135-140 points since early 2012, so it is not advised to submit an EOI unless you can surpass the selection history or have a skilled job offer.

Immigration New Zealand now has the ability to store photos of all non New Zealanders and to require fingerprints at entry points to the country.  Photographs will now be scanned at the visa application stage and at the border. Where fingerprints are required, an electronic scanner will be used at the New Zealand border. Photos will be securely stored in INZ’s database, and shared in cases where identity fraud has been detected through fingerprint matching. 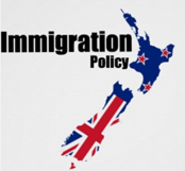 The occupation ceiling is a limit on how many people could be invited to apply for a skilled visa from a particular occupation group. Its purpose is to prevent the skilled migration program being dominated by a small number of occupations.When an occupation ceiling has been reached, no further invitations can be issued for these occupation groups until the following year beginning 1st of July.  Due to high demand, the occupations of ICT Business & Systems Analyst, Software & Applications Programmer, and Accountant have consistently been pro-rated each year to ensure invitations are available throughout the full programme year (July-July).  You can find the current quota table at SkillSelect under the Occupation Ceilings tab. Note: State/Territory nominations are not subject to occupational ceiling restrictions.

Schedule 1 is the Skilled Occupation List (SOL) for independent GSM or relative sponsored skilled visa applications only. Schedule 1 and Schedule 2 form the Consolidated Skilled Occupation List (CSOL). It applies to both State/Territory nominated Points Tested visas, the Direct Entry stream of the Employer Nomination Scheme, the Temporary Work (Skilled) visa, the Occupational Trainee stream of the Training and Research visa and the Occupational Trainee visa.

Occupation removed from Sch 2 of CSOL:
Anatomist or Physiologist

Australia now has a new Minister for Immigration and Citizenship, Mr Tony Burke. Kevin Rudd has found it hard to find suitable people to serve in his Ministry. Former Immigration Minister, Brendan O’Connor spent only 147 days in the Immigration portfolio before recently handing the reigns over to Burke. Prior to that there was Chris Bowen. That’s 3 Immigration Ministers in the last year. Stability in the portfolio would be useful, however with a Federal Election looming, Burke’s role is also likely to be short lived